December 20, 2014 By Kay Tiddy in Uncategorized

My phone glowed in the darkness, a fuzzy orb until my eyes focussed. 5am.  A hot shower reinforced reality. The day was beginning.

I shoved my jacket in to my pack – Harry had said it would be cold – and zipped it shut.  My phone rang – the taxi was here.  I slung my pack on my back and hurried out the door.  The lift creaked in the earliness of the cool morning, and I felt understood.  I reached the gate and shoved against it.  It rattled but didn’t swing.  Of course, it was too early for the gate-keeper to have unlocked it.  I looked back, down the darkened driveway to Choki-da’s place.  Even if he heard me calling, it would take him five minutes to get here and I didn’t have that sort of time, nor the patience for his grumbles.  The driver had pulled over outside the gate, and with my limited Bangla I didn’t like my chances of convincing him to wait for me.  I looked up – the only option. A couple of metres above me, the barred gate threatened to poke holes in to the flat charcoal sky, which might have brought the arrival of dawn more quickly.  I spied a couple of breaks in the wire I could put my feet, and once I got over the second bar I reasoned I would be able to wriggle between the gaps and over the top.  Already this weekend was shaping up to be more of an adventure than I had anticipated!  I stopped at the top, remembering I hadn’t tried jumping since surgery, but it was too late now.  I would just have to be careful.  My legs felt out in the darkness for one last foothold, and I used it to push away from the gate as I let go.  WHACK. My feet slammed in to the pavement, and I felt the shock roll up my legs. I’d forgotten I was wearing a pack and it almost tipped me backwards, but I righted myself and hurried over to the taxi.

The city is different this time of morning.  Bundles of blankets interspersed along the pavements were the same – each layered cocoon housing some unlucky soul who hadn’t been afforded a roof for the night, and keeping me sharply aware of the acerbic realities of this place…But this morning there was a peace I hadn’t experienced here before now.  As cicadas are to summer, tooting is to Kolkata, and the place felt eerily empty without the background dissonance.  I got out of the taxi outside the Esplanade Metro, and for a time it was just me.  And then just me and the street-sweeper.  He scratched against the pavement with his stick-broom and for a blessed three minutes that was the only sound I heard. I marvelled at the simple beauty of hearing only one sound.  While I waited for my watch to wind around to 6 o-clock, subtle hues warmed the face of the streets, and I enjoyed the click of my camera shutter as I stole still pictures of unusually empty streets.  Scratch-scratch. Click-click. The only sounds in the city that had until now suffocated me with its noise. 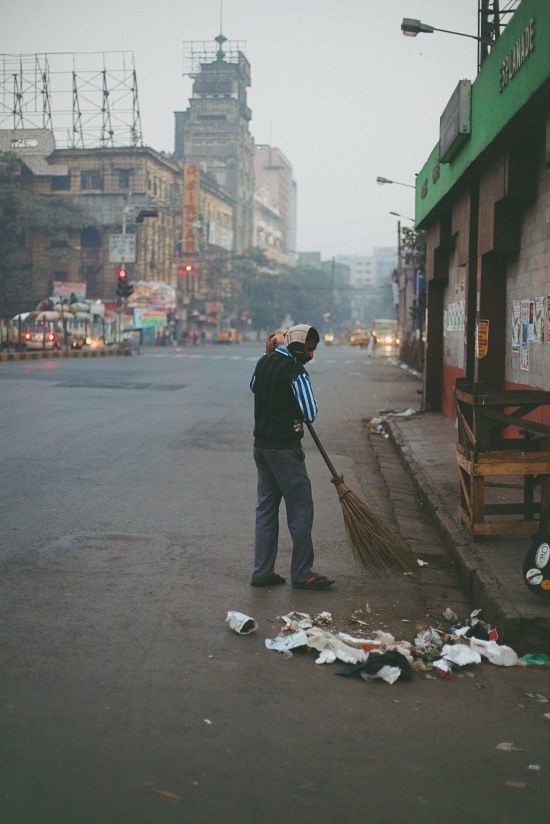 Andrew was the first to arrive, and I was pleased to see he had brought with him a guitar.  All the best adventures have guitars in them.  Harry, Mandy and David were next – and not long afterwards Joe & Sarah and the kids rolled up in a yellow taxi.   Vishal and his friend found us, and after brief discussion on who would sit where, and a shuffle of bags we were off.  As the city buildings thinned out, the population density increased, and we fought through crowds and herds for a while before we broke free of the urban grip and in to tree-laced roads that spilled over green plains.  I felt my soul expanding inside of myself as I drew in the scene.  It had been almost three months since the horizon had reached to as far as I could see, and it stretched its cramped limbs magnificently and birds danced in the glory of it.

We bumbled over a bridge and pulled over outside a humble brick building.  A smiling bengali boy welcomed us and held out to me a cup of cha.  The warmth of it bled in to my fingers and I sipped it gratefully.  The air was thick and rich and clean. It took up more room in my lungs than the air back in Kolkata, and I had to be careful I didn’t suck too much in with each breath.  I wandered back to the bridge.  A small fishing boat paddled in an emerald river beneath, stirring up a trail of silt that left braids of green and beige in it’s wake.  The beauty of it all was visceral, and something tightened in the back of my throat.  I balanced the cha cup on the bridge railing and snapped a few more pictures.  My nose felt cold as it squashed against the back of the camera, and I relished the feeling.

We continued on to the inlet – about another hour’s drive – and watched our boat become loaded with supplies for the weekend.  It looked as though it had been stolen from the crayoned imagination of a child.  It’s belly was generously curved, and striped with black, orange, blue and white.  It sat low in the water, with black tyres pinned to its side, between half-sized windows, and above a blue and white fence criss-crossed around the top deck.  Overtop, an orange canvas was stretched out as shade from the sun, and stringy curtains dangled at it’s edges, like a brimmed hat.  We scrambled aboard and waited for Harry and Vishal to return with the last of the supplies.

The engine coughed in to life and though I’m not sure if it was the compression of the engine or simply it’s vibration that propelled us, we inched up the inlet and out to the mangroved Saunderbans.  By lunchtime we had made it far enough, and the engine subsided.  An anchor rattled down, and then I drank in silence for the second time that day.  All nine of us did. We sat there – exalting in its full nothingness.  On the banks, fisherman threw nets out in to the water, then waded in to the muddied channel to collect them in again.  If I stopped breathing and listened very carefully, I could hear the gentle thwack as they hit the water and the happy chatter of the fisherman as they went about their business. But when I breathed again, their sound disappeared and they continued about their work in mute repetition.  Lunch arrived; fresh vegetables and fish, barbecued to perfection. If I closed my eyes I could almost believe I was at home, and my tastebuds gambolled with the textures and flavours of each bite. 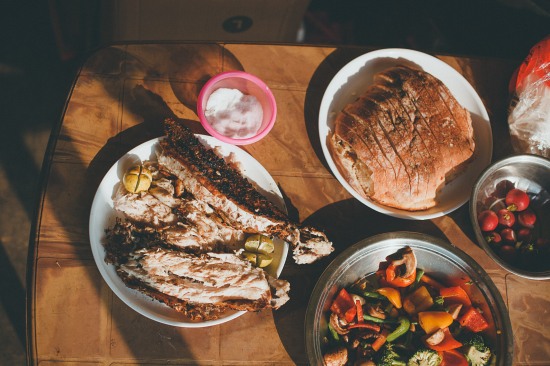 Today, back in the rolling Hinuera hills my family was gathering for a Christmas lunch.  This would typically be one of my favourite days of the year.  I was glad to be distracted.  I laid back in the weak warmth of the winter sun and peeled open the cover of a book.  The engine started again and somewhere between the pages, and the sun, and the strum of a guitar over the engine’s throb, I slipped in to that thick-walled world of sleep.  I woke – I don’t know how much later – and mustered energy enough to follow the group onshore to wander around an alligator park. The great beasts sat beneath the waterline, their light golden eyes like forgotten marbles sitting on the surface of a green linoleum.  Mandy and I chatted as we walked, and the sun faded to almost nothing as we returned to the boat.  The water mimicked the sky and the boat cut a noisy, rippled fissure between the two.

After another barbecued dinner – I presumed at the expense of our two ‘pet’ chickens – who I noted were no longer huddled at the boat’s stern – the group crowded in a circle.  We all donned Santa hats.   The boys puffed on a pipe, and bottles clicked.  I couldn’t remember laughing as much in a good long time.  We all needed it, too.  The months of work, and noise, and constancy of Kolkata had us all worn thin.  I peeled away from the group for an early night.  There was a lot on my mind.  I woke again at two.  My shy friend, Silence, had joined me again.  I slipped out from under the thick covers, and climbed over Sarah, hoping I wouldn’t wake her.  There was dew on the deck, and its coldness bit at my feet.  I didn’t mind though.  I looked up.  This is what I had waited for.  An expanse of darkness spread out above me. Proper black darkness too – not the cities’ grey-purple kind that hangs behind a tungsten curtain.  And dotted in the blackness were hundreds and hundreds of pin-sized stars.

I hadn’t seen them in months. The last time I did, I was in New Zealand, contemplating what it would be to say goodbye to the people and places I loved most and carve out a life on the other side of the world.     I couldn’t make shapes out of the unfamiliar constellations, but I kept watching them until my eyes blurred with the strain of it.  There is something about silence and stars that is incredibly orienting, though I’m not sure why.  But in the glinting blackness and the solitude and the cold, without any distraction, I felt the deep knowing that unwittingly the compass of my life had – for a season at least – settled on true north, and that I was home. And far from alone. 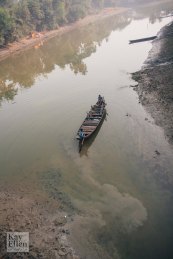 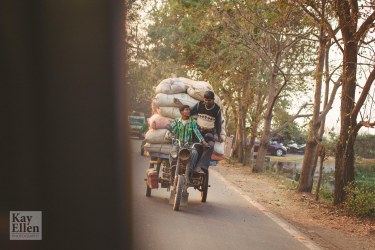 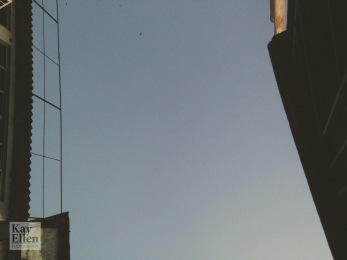 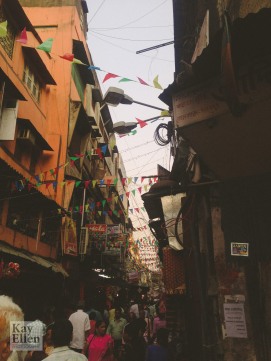 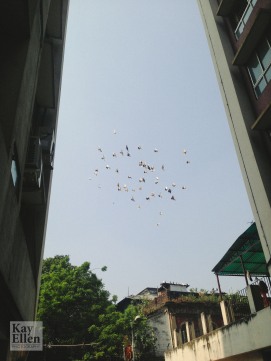 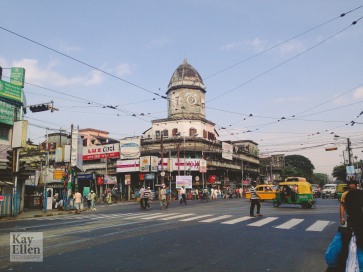